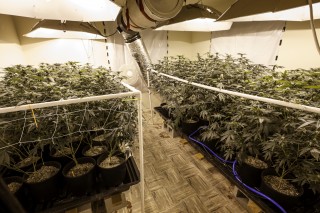 Law enforcement this morning seized 2,700 marijuana plants that are alleged to be part of an illegal growing operation on the Western Slope. After receiving tips from neighbors and having a national guard helicopter flown overhead, Delta County Sheriff Fred McKee concluded that the property was being used for  a marijuana grow operation.

After a search warrant was issued, authorities found over 3,000 marijuana plants on the property. However the police left the number of plants permissible under Colorado’s medical marijuana laws. As of now, no charges have been issued against the two people being investigated.